So here we are…

It was a lovely weekend. The First Night of Wednesday To Come at Circa, saying hello to old theatre friends, old friends, whanau, new friends. And ten days late, celebrating my birthday.

There’s something very pleasurable that only happens once in a blue moon for most writers and that is the feeling that yes, you definitely did a good job there.

Writing is a solitary business. Its between me and the screen. Once it used to be between me and the typewriter, the piece of paper and the dreaded Twink. Whatever medium, a cave wall and a sharp stone or iron chisel, a pen and paper or pencil and slate, a typewriter or a screen, the process is the same.
A writer always starts with a story to tell and whether the medium is fiction, poetry, nonfiction, writing for stage or screen, writing the news bulletins, columns, editorials, reviews, essays, a newspaper column, the process is the same. An individual gets an idea, does some reading, gathers some info and wants or is being paid to write it down for a reader or viewer, poetry lover, theatregoer or reader.

There might be a flash of insight that swerves a little from the original thought, a change of direction, a new setting, all these can happen once you start writing. Writing is hard work both physically, mentally and emotionally and the rewards, for most of us anyway, are few and far between so its good to make the most of them when they happen.

I wanted to write a play about a bunch of women, a girl, a boy, one live man and one dead one. That in itself was a hurdle. Usually plays had male heroes and casts, women had side roles, supporting the male hero or the boss, or were housekeepers or maids. Blondes were always dumb, brunettes were always evil, old women were always crafty and sly and all were written to support or argue or break the hearts of male leads.

I didn’t need to do any research. As far as the times and the setting were concerned I knew it, I grew up with it, lived with it. I thought of the reaction to having a coffin on stage. I thought of class. Most plays featured upper or middle class characters and if there was a working class character they spoke badly, were dumb as wood, and were usually there to be the butt of jokes.

And then I thought to hell with it. I want these people, this situation, thier heroism to be remembered. I wanted to reverse the usual situation and have working class women as the true heroes. And I wasn’t going to use the word heroine either.

I wanted to do all this and I also wanted to win the Playmarket competition because then the play would get a week long workshop with a professional director and actors plus a public rehearsed reading at the end of that week. That year, 1984, the Playmarket conference would be in Auckland where I lived at that time so all I’d have to do was catch a bus or walk to the conference and rehearsal space. I began to panic and rang Nonnita Rees to ask for a couple of days more and as you all know she said ‘No.’ Dear Non, I’ve never let you forget it. You were absolutely right of course.

And you all know that it ended happily.

I thought of all this as I stood in the Circa foyer last Saturday night but once we went into the theatre and the lights went down I forgot all that history and just let myself be swept into the spell of the world of the play that Erina Daniels, cast and crew, so deftly and so memorably, created for me. And listening to the lines, I had that oh so rare experience, when I could say to myself, ‘Well at least you did something right.’ 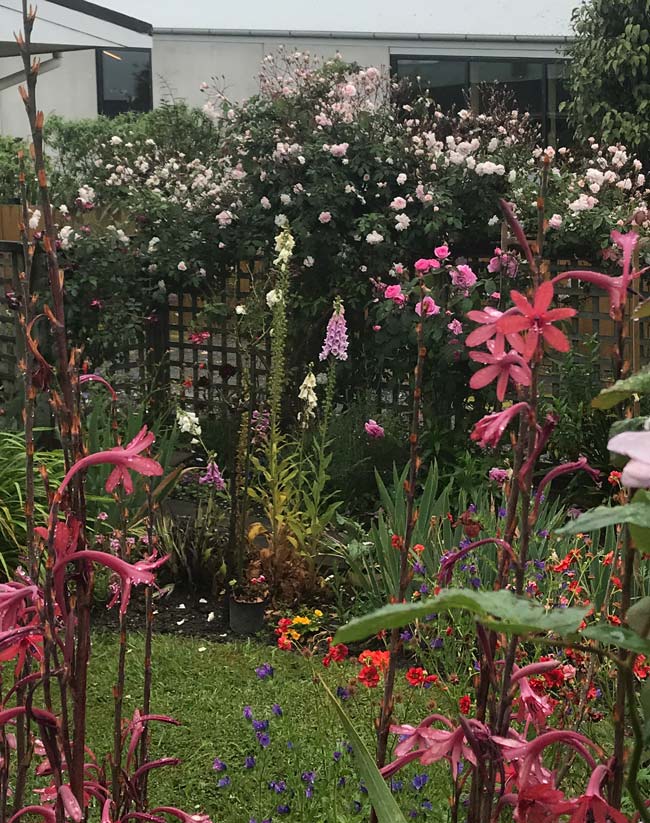