On the road (contd)…

The bus was ten minutes  late getting to Otaki. A high school student and I were waiting. ‘When Dad and Mum wanted to shift down here,’ he said, ‘I said only if I could keep on at the college, so I catch buses.’

The first surprise was the height of the steps up to the interior and the next was that my seat was up stairs I couldn’t climb.  A double decker presents these problems to someone like me.  So I walked up and down the aisle of the lower deck and it seemed everyone had plonked their bag on the seat next to them thus sending a strong message they didn’t want me to dit down next to them.  The two exceptions were an older guy who only had a book on the spare seat and a young guy who was staring out the window but who had left the seat next to him free.  So I sat there. I clutched my Vizstick, my bag,and wondered how the buses were going to go.

It was a mixed bag.  Once I was on the bus and seated it was great. I’ve always loved being driven. When I first started driving it was a have-to situation. If you lived in the country you needed to drive. You need to be able to go into town, buy groceries, take kids to a doctor, to the one-teacher school, so of course you do it. Once we moved back to town I had to a get license but that’s another story.  The only thing I envy about the Queen, (along with the money), is that she gets driven everywhere she wants to go. If I had half her money I’d buy a house or a flat for everyone who needs one.

I could have simply written an email  letter to Inter-City Bus Company but I’d rather moan on the busk. Actually I will write an email although I know it will have no effect. You’d think in 2018 the penny would have dropped – some people need to have access made easier. We’re a motley bunch.  Some old, some young, some blind, some with sore legs, sore backs, whatever.  None of us should be stopped from going on adventures because of steps that are too high.

I went on 6 buses and in only one did the mic work properly.  So when the driver did her or his spiel the only time I could hear what was actually being said was on that one bus. In terms of getting on and off I managed the last one, from Auckland to Otaki the best and that was pure luck. The steps were not quite so high – once you’d traversed the stairs that slope down, the step down to the ground was a bit closer.

Other travellers were mainly helpful and when they weren’t I asked them to give me a hand up. No-one minded, they just didn’t see the signs.  Old woman with stick. Offer to help.

The 80s Women Musos concert was gorgeous, stunning, sensational and when Jess Hawk Oakenstar and Hilz King sang Dear Gertrude Stein, I was totally swept up in the moment. I leaped (a metaphorical dream helped along by Lindy Topp) up on stage, hugged them both, and when I limped back, every woman in the front row leaped up to offer help down the steps. A bit different to the buses. But of course we at the concert have a shared history. Mary Irwin, who taught us self-defence at Theatre Corporate, got there first and it was she who helped me back up the long flight of stairs at half-time.

The Samesame but Different Literary Festival the next day was brilliant. I went to every session because I wanted to.  I enjoyed them all even the two I was in.  One of the reasons for that is I felt surrounded by friends whether I knew them or not. Andrea Kelland and Carole Beu were great MC’s.  And Julie in the lobby offered cups of tea, and people called out, ‘You ok, Renée?’ when they saw me marching along with the stick. Yes on the flat I can move pretty quickly.

The wonderful thing was that as well as a fee I was given two substantial book vouchers which was perfect timing because I’d read a beautiful recipe book belonging my cousin Robbie, called Plenty More or More Plenty. At this stage I can’t remember which but if anyone wants to know I’ll stick it up on next week’s busk. I also got NZ writer Catherine Robertson’s latest novel, Gabriel’s Bay and Stephen Fry’s Mythos.  Then when I went to Kaitaia and on to Digger’s Valley, there was another beautiful recipe book, The NZ Cook’s Bible. This last one’s out of print but my friend Ruth found it on Trademe.  I bid for it and got it.  It should arrive tomorrow (hopefully).  Probably the only bible I’ll read now.  So it looks like one of the lasting things to come out of the trip, apart from the love and friendship I received from my hosts and everyone else, is a jolt in the brain about cooking.  I suppose we all get into a well-known pattern of cooking at times in our lives. Its easier to cook what we know and not think too much about it.  Certainly not thinking that my lack of interest in food was because what I was cooking was boring. Of course there are times when knowing what to cook and doing it automatically is a good thing but not on a long–term basis.

I came home and cleaned out the cookery books. If anyone wants Digby Law’s books, I have the one on Vegetables, the one on Soups, and the Entrée one to give away.  I kept Book of Old Tarts, of course I did. And the Edmonds, the old old tattered and stained copy and the new unmarked one but I gave the rest away.  I’m having a Lilliput Library installed very soon but I think for my first few books I’ll put out novels or nonfiction.

So while Intercity Buses could do with a new approach to access for all in this Year of the Dog, I delighted in the seeing the country.  I’d forgotten how lovely Paihia is and all those little bays.  Diggers Valley was a dream of green, very lush growth, and the areas of bush so carefully preserved by Ruth and Stephan. While the rain stopped me seeing as much of the place as they wanted to show me, we all agreed it was a such a pleasure to have the time to sit back and talk. I’d been getting Ruth’s newsletters since around 2008 and it was great to actually see some of the places and animals she mentions in the newsletters. And to eat Stephan’s Créme Brulée.

And Auckland – ah Auckland.  Even with the blocked roads, the building going on everywhere, the traffic, it looked as beautiful as ever. Robbie and Paul took me wherever I wanted to go and Paul miraculously found parks everywhere. Robbie’s cooking was the first wakeup call – no boring food here.

Would I do it again?  In a heartbeat. PS…and These Two Hands went marching in the Pride Parade.  Pretty marvellous don’t you think? 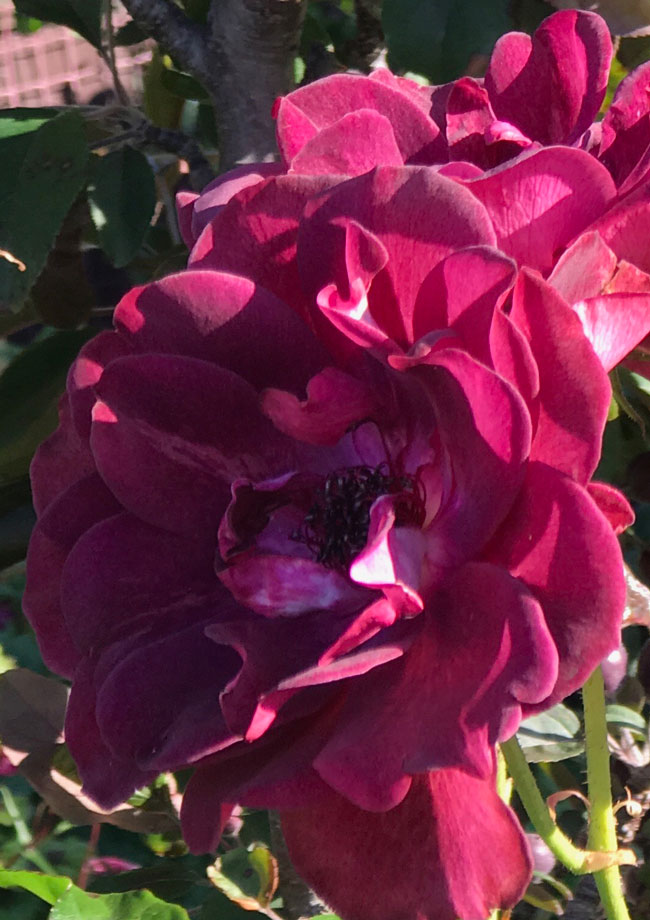 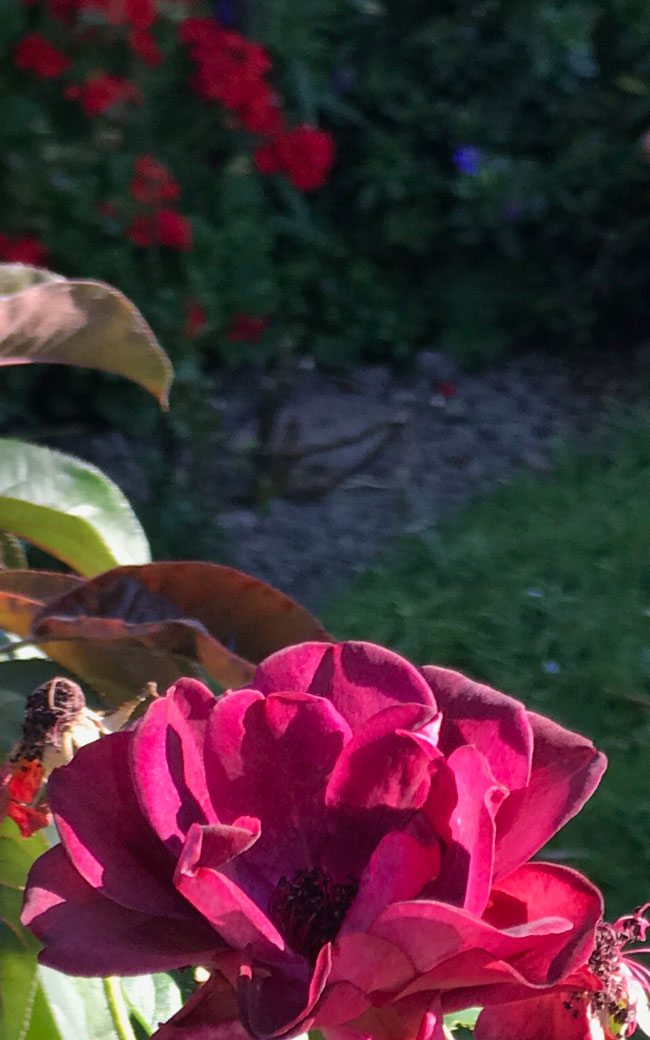